Walking with the Poor: Jesuits and Collaborators Affirming the Commitment 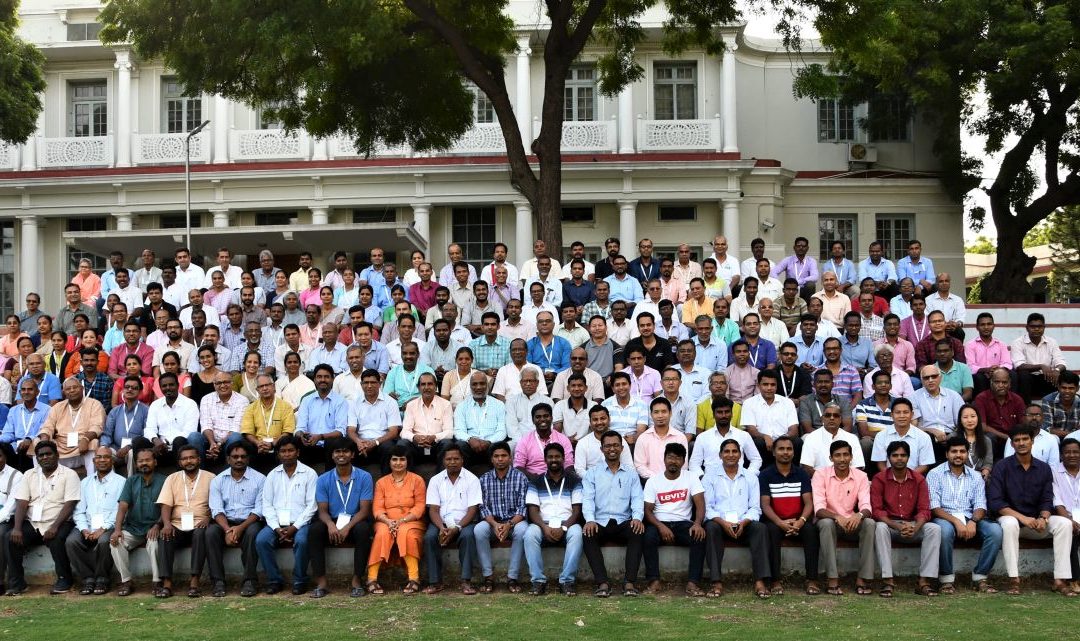 A Convention to walk with the poor, the outcastes of the world, those whose dignity has been violated in a mission of reconciliation and justice
September 26-27th, 2019
Venue: NRC, Civil Lines, Delhi.

On 26th September, the first day, the SJES50-JESA Convention began with the Eucharist presided over by Fr. George Pattery (POSA) at NRC Hall, Delhi. In his homily, he spoke on the theme of ‘Rebuilding the temple – Building people into peoplehood; a mission entrusted to all of us who are involved in works of justice and reconciliation and on being transformed, while following Jesus.’

After welcome addresses, Mrs. Kavita Srivastava, a Human Rights activist gave the key note address in which she spoke on various evils that endanger the fabric of the plural Indian ethos.

Then in the first session, 4 panellists spoke on the theme ‘To be affected by the poor’. They spoke from their heart and gave many examples to illustrate their points. The theme of the second session was ‘Justice and Reconciliation’ in which the 3 panellists emphasised the need of Justice and Reconciliation going hand in hand in order to ensure for a peaceful society. The third session had the theme ‘To walk with the poor’ with 4 panellists who emphasised the need to work with the poor in order to live our Vocation meaningfully and to support the poor in their struggles even if it entails taking certain risks and moving out of our comfort zones!

The first day ended with the session on ‘Fruit Gathering’ during which Fr. PR John asked the participants to think about (1) what have I learnt from all the sessions of the day and (2) what are the challenges I would like to carry to the field to be addressed? Then he concluded the session by summing up the journey of Jesuits in social action for the past 50 years.

The second day started with the Eucharist led by Fr. Xavier Jeyaraj, Director, SJES. He led the participants to think of the people both Jesuits and others who have sacrificed their lives for the sake of the people. Sch. Joy Fernandez gave a recap of the previous day with a video presentation prepared by Sch. Prashant.

The theme of the first session of the second day was “Involvement and Commitment”. All the 6 panellists shared their personal experiences of working with Jesuits. While they praised them for various works and qualities, they also requested the Jesuits to be united and to commit themselves more and more to the cause of the marginalized instead of ‘remaining in the comfort zones’ and serving the rich and the powerful! During the second session, the participants were sent in their respective zonal groups to ‘identify certain important issues’ that need to be attended to and also to ‘find solutions’ for the same. This session was meant to get the participants to start thinking and carry forward to their fields to follow it up with their larger groups. The pre-lunch session was on GIAN (Global Ignatian Advocacy Network) and UAP (Universal Apostolic Preference) by the Conference Leaders of the respective themes. Exhibition, Evaluation and Cultural evening were the highlights of the post lunch sessions.

Prior to the ‘Way Forward’ session, the participants had gathered in their respective zonal groups and listed out various issues and possible solutions. During the last session, they decided to take one pertinent issue at a time both at their respective province level and zonal level and work in collaboration with like-minded groups to ensure Justice, Peace and Reconciliation in their areas!

This convention was rather different from the previous ones for various reasons: for the first time (1) lay collaborators both men and women and religious participated along with Jesuits, (2) a lot of panellists were lay people of different faiths, (3) the big number of participants – young and old, men and women were of various cultures, religions, regions, languages, (4) It was a collaborative initiative between JESA and Vidyajyoti College of Theology, Delhi led by Fr. PR John, the Principal. They really made a big difference to the Convention in various ways. Our sincere thanks and appreciation for accompanying us!