Andheri East parishes sharing meals with the poor of all faiths 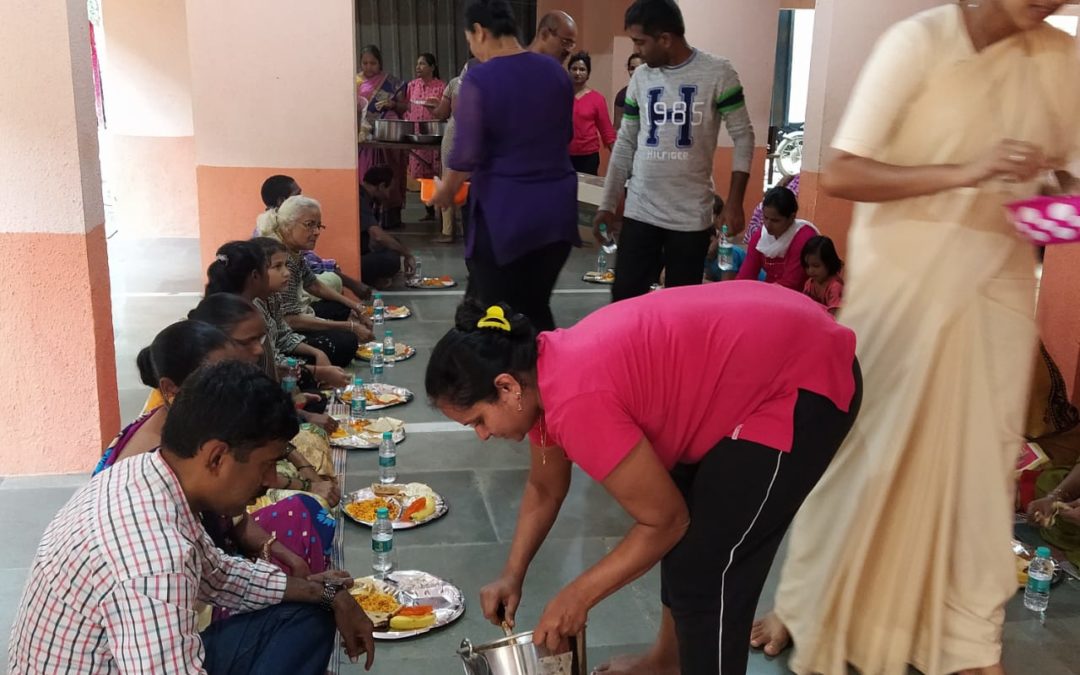 The initiative took place on the third World Day of the Poor wanted by Pope Francis at the conclusion of the Jubilee of Mercy in 2016. The Church of the Holy Family involved the 16 small Christian communities that comprise it in an “inter-religious meal. Parishioners and priests ate together with laborers, beggars, servants, slum dwellers.

Mumbai (AsiaNews) – An “outgoing” Church, which serves the poor not only of the Catholic community but of all faiths: for this purpose the church of the Holy Family of Chakala, Andheri East (a district of Mumbai) organized the celebrations for the third World Day of the Poor in the 16 small Christian communities that make up the parish.

Describing the initiative to AsiaNews Fr. Vincent Vaz SJ, the parish priest, said: “We wanted the Day to be a time of sharing in society, so that it became an inclusive celebration for the faithful of all religions. I proposed my idea of ​​an interreligious ceremony and all the Christian communities immediately accepted the initiative. So we offered more than 1,000 meals “.

The Jesuit reports that “the 16 communities began preparations two weeks ago, collecting donations in the. People’s generosity has overwhelmed us. The Holy Spirit moved our people to go further, for the good of others. Some communities that have more funds have donated them to those that have less. This is the work of the Holy Spirit “.

In the parish there are four Jesuit priests and four Convents of religious sisters. Yesterday the group went to the 16 communities and shared a meal with the poor. “Bearing in mind the words of Pope Francis, who invites “fewer words more facts” – says Fr. Vaz – not only did we serve the poor, but we also ate with them, sharing in solidarity. It was touching to see that people sent their servants, drivers, guardians, and they all ate together. “

In each community, he continues, “the day began with the prayer of the Our Father, then continued with the distribution of food and the blessing of those present by the priest. In some places the food was so abundant that volunteers went around the streets and invited passers-by to join the meal sharing. A community of nuns working with rag pickers, involved them in the ceremony. The enthusiasm with which our parishioners joined was the work of the Holy Spirit “.

Roshan D’Souza, a parishioner, says that “the members of the parish went through the streets, markets and shops, inviting all those in need. Construction workers, servants, slum dwellers, beggars and street vendors flocked. A community set up the meal in a temple [Hindu], with the Maharaj (the cook) who took care of the menu. Another gathered the ingredients from the inhabitants of the neighborhood and then served the dishes in an open field adjacent to a shopping center “.

The day dedicated to the least in society, emphasizes Fr. Vaz, “wanted to be an opportunity to meet our brothers of every creed and show them our solidarity. Christ not only helped, healed and dined with the Jews, he did it with people of all faiths. The poor were especially dear to him, regardless of ethnicity, race or religion”. “In these times – he concludes – in which it seems that religion divides people, we are happy to be a symbol that converges all faiths in harmony for the common good of humanity. With this gesture, we hope to create awareness, attention and unity with the poor ”.