Goodness Walked before us as a half-naked Fakir 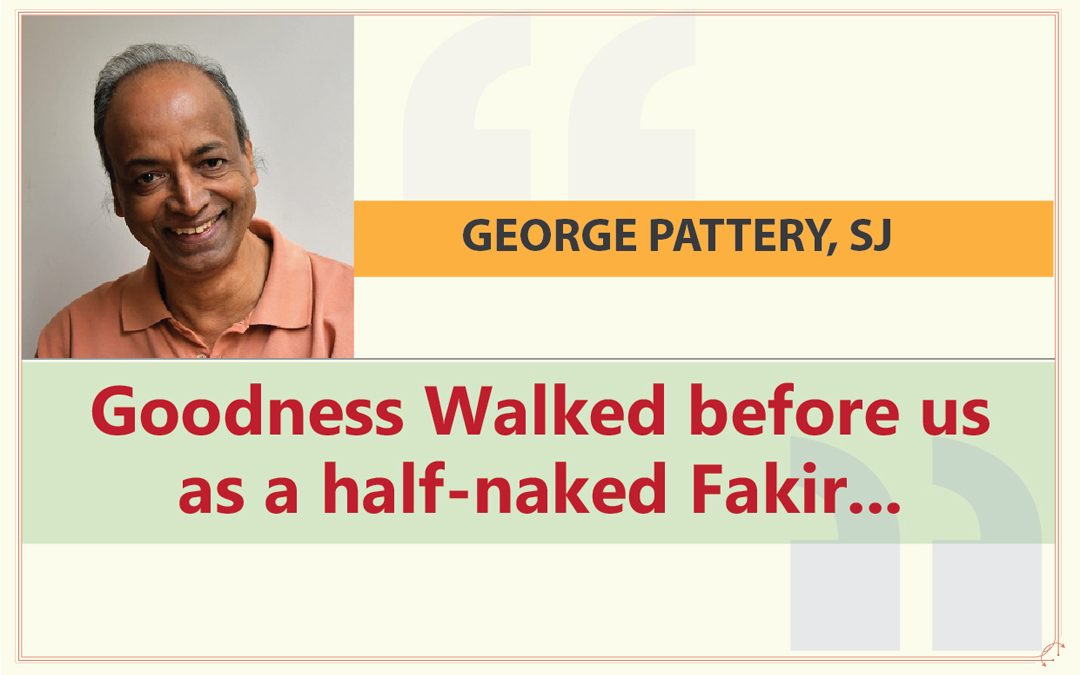 “Kill us; we will become ghosts and write of your killings, with all the evidence.  You write jokes in court;

We will write ‘justice’ on the walls.

We will write ‘revolution’ in the sky. Everything will be remembered; Everything recorded.”

Sab Yaad Rakha Jayega (Everything will be remembered) by Amir Aziz.

Christians in India and across the world celebrated the death and resurrection of the Lord in the Corona way! It was, and is, a remembrance par excellence! Remembering the man from Galilee who ended up on Calvary but remains alive! ‘Good believers’ across the world today, as in the time of Jesus, desire to save nation and religion by getting rid of an innocent just one.

Are we hearing a similar battle cry in India, even in the midst of the unprecedented pandemic? To protect religion and to save the nation, isolate one community and get rid of it by law and by force. In the process unleash hate speeches generating mass frenzy of violence, killing as many as possible. The fight against Corona  is  turning  into  a  fight against one community because of one religious gathering. In fact every religious community in big or small ways  either violated the common norm of social distancing by design or ignorance. Thousands of migrant labourers were forced to walk for days to reach their home, without food or shelter, due to a sudden declaration of lockdown! That was a criminal negligence. And yet, there is neither remorse nor any remedial action.

Christian faith proclaims an empty tomb – meaning that the innocent non-violent suffering servant cannot be silenced; that hate and violence do not have the last word; that violence is unmasked in the outpouring of self-suffering love. To celebrate Easter means to remember that the tomb is empty; that the innocent servant is alive. It is memorializing the relentless struggle against those who abuse religion for amassing power for themselves; it entails fearlessly walking the way of the suffering servant in self-emptying love.

Ours is a  land  where  rishis  and  sages  relentlessly  sought the Ultimate; ours is a land where the atheists and believers debated the truth; ours is a land where non-violent struggle was experimented  and  succeeded  in  an   unprecedented   way against the mightiest of empires; ours is a land where women fought injustice by the sheer power of a pinch of salt. We shall not leave this land to hate-mongers and false-yogis. The tomb is empty;  the  Lord  – jana-gana-mana-athi-nayak  – is with us. Fear not; resist evil, come what may. Goodness walked before us as a half-naked Fakir – no power on earth    can deny the right of citizenship in a land that belongs to Brahman – the ever-abiding Presence. Post-Corona India has  to reinvent herself!