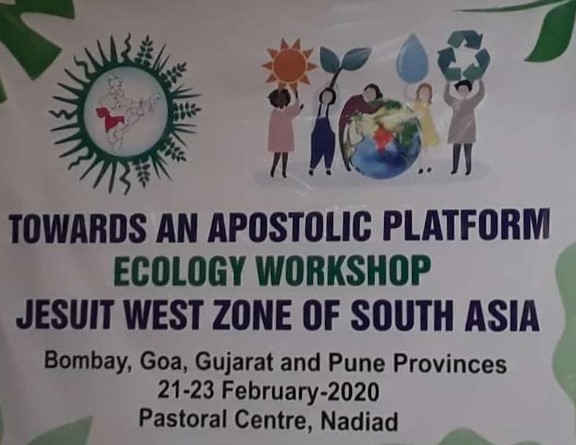 Objectives of the Workshop

Jesuits, other catholic and non-Catholic collaborators and alumni networks across educational institutions, social actions centres and parish communities of the western zone deliberated on the ecological concern and ecological initiatives. The workshop was based on three phases according to the objectives, as below-

The first phase captured the zonal map of ecological initiatives across the nine strategic priorities on ecology and environment. The activity was done at the province level and the same has formed the basic frame for deliberations on other objectives.

The second phase of the program drew the inputs from the eco mapping exercises, the participants identified the following area as possible areas of networking on the ecological initiatives in the Western Zone on a priority basis

The third phase of the workshop drew up the definite action plans for each of the identified networks in the western zone with goals, strategies, objectives and verifiable deliverables for each of the networks. This was followed by the province level planning at each province, where each network was deliberated. The role of the development office at the provincial level and the assistancy level was deliberated and it was observed that both the offices, other than resource mobilisation have a key role in networking and facilitating the process.