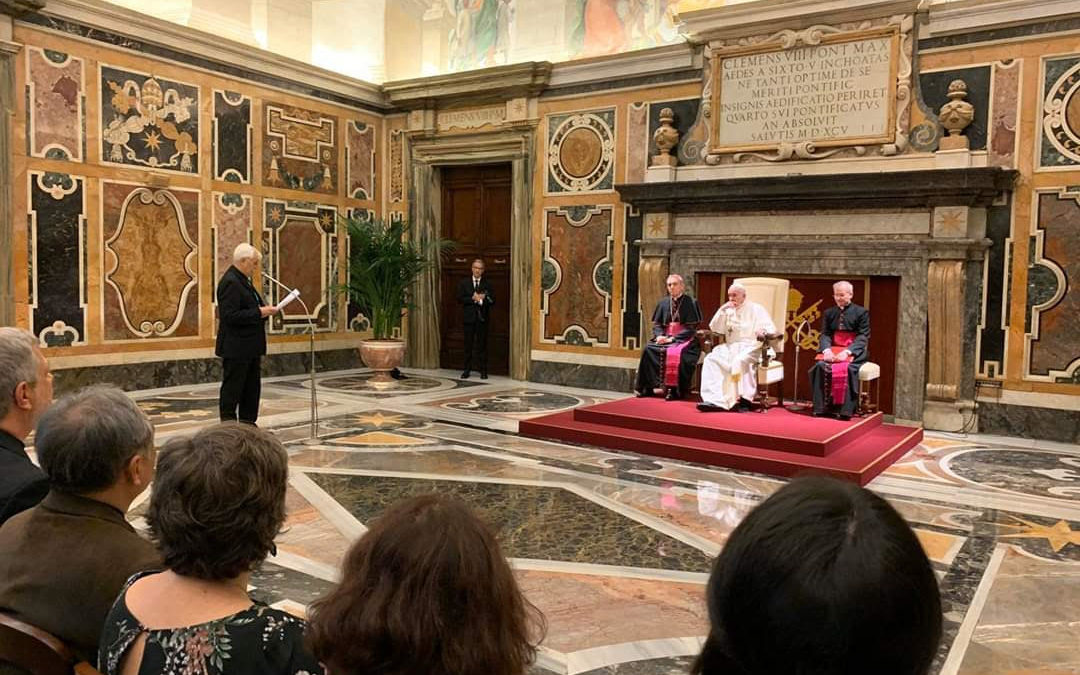 Today’s world, where “situations of injustice and human pain” and “expressions of xenophobia and selfish pursuit of national interest” abound, and where trafficking in human beings and “inequality between and within countries” continues needs “transformations that protect threatened life and defend the weakest”. So said Pope Francis, who this morning received in private audience in the Clementine Hall of the Vatican Apostolic Palace the 210 participants in the congress of the 50th anniversary of the Social Justice and Ecology Secretariat, accompanied by the Superior General of the Society of Jesus, Father Arturo Sosa SJ.

“Our broken and divided world needs to build bridges so that the human encounter allows everyone to discover in the excluded the face of the brother, in whom we recognize ourselves, and whose presence, even without words, demands our attention and solidarity,” said the Holy Father, who recalled, among other things, the brothers who died in service in these last fifty years, in particular the martyrdom of the Jesuits of the Central American University of El Salvador, whose thirtieth anniversary is about to be celebrated.

Pope Francis also wanted to recall the figure of Father Pedro Arrupe, the historic Superior General of the Jesuits who founded the Secretariat, stressing in particular the fact that his impulse for social justice arose from an intense life of prayer. Francis exhorted the Jesuits to continue the “creative effort” of their commitment to the service of the poor, education, concern for refugees and the defense of human rights.

English translation of three phrases used by Pope Francis (extracted from his speech):

1. The poor are “discarded” by our society.

3. The “testament” of Pedro Arrupe, when he emphasized prayer as a fundamental source of inspiration.