Fr Stan Swamy: A Maoist or a Martyr? 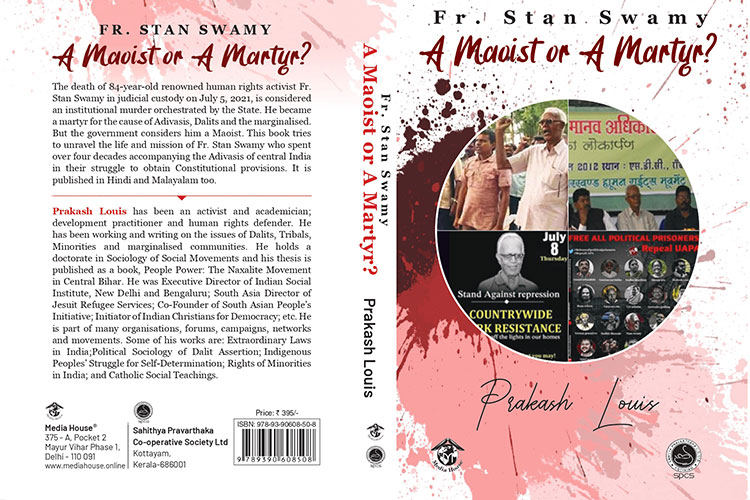 The death of 84-year-old renowned human rights activist Fr. Stan Swamy in judicial custody on July 5, 2021, is considered an institutional murder orchestrated by the State. He became a martyr for the cause of Adivasis, Dalits and the marginalised. But the government considers him a Maoist. This book tries to unravel the life and mission of Fr. Stan Swamy who spent over four decades accompanying the Adivasis of central India in their struggle to obtain Constitutional provisions. It is published in Hindi and Malayalam too.

Prakash Louis has been an activist and academician; development practitioner and human rights defender. He has been working and writing on the issues of Dalits, Tribals, Minorities and marginalised communities. He holds a doctorate in Sociology of Social Movements and his thesis is published as a book, People Power. The Naxalite Movement in Central Bihar. He was Executive Director of Indian Social Institute, New Delhi and Bengaluru, South Asia Director of Jesuit Refugee Services; Co-Founder of South Asian People’s Initiative; Initiator of Indian Christians for Democracy, etc. He is part of many organisations, forums, campaigns, networks and movements. Some of his works are: Extraordinary Laws in India:Political Sociology of Dalit Assertion; Indigenous Peoples Struggle for Self-Determination: Rights of Minorities in India and Catholic Social Teachings.